Frank started by saving about $5.00 a week. He brought in a car or two per week until he had about 40 cars. He bought the cars for about $5.00 each, then would sell the tires and tubes from $2.00 to $5.00 each. The rest of the car would be scrapped, saving all usable parts. He sold the scrap iron, radiators, aluminum, and copper every fifteen days and reinvested the profit in more junk cars.

By 1933 the company needed more space. They bought 62 acres of land in the village of East Syracuse and opened their first branch store. 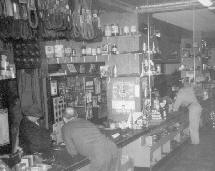 Everything went smooth until World War II. By that time Frank had accumulated about 3,000 cars and trunks between the two yards. Then the headaches began. All kinds of government regulations began to take effect. Every tire and tube, regardless of condition, had to be counted and scrapped. Every vehicle had to be counted and every ton of scrap had to be recorded, to whom it was sold and where it was going. Frank felt he was no longer the owner of his business. Government men were like flies. Some days three or four different departments would contradict each other. They knew nothing of the business. All they wanted was more scrap iron, copper, aluminum, brass, and tires. The government asked that every car in the yard be wrecked, regardless of its age. Many late model cars, motors, and rear ends were scrapped. Many truck rear ends were converted into tractors and plows. No new trucks or cars were manufactured. The old ones had to be kept running.

It was during World War II that Frank helped organize the National Auto Wreckers Association, he was on the Board of Directors. In 1961 Frank and many other auto wreckers were instrumental in forming the NYS Auto and Truck Dismantlers Association. Frank was president from 1963-64. Today the organization is the Automotive Recyclers Association of NY.

Pat (the second generation), upon finishing college, came into the business in 1952. He managed all phases of the business, including buying all salvage vehicles, managing customer service, and contract and finances. In 1971 Frank retired and Pat became president. Pat was also elected president of the NYS Auto and Truck Dismantlers for 1967-68 and 1971-72.

With Urban Renewal, Central City relocated its operations to Central Square, NY. With 77 years of service to the community, Patrick (third generation) is now president. Patrick enjoys working in the community and continuing this dedication to his customers. 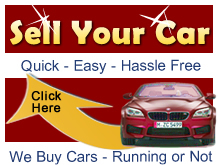